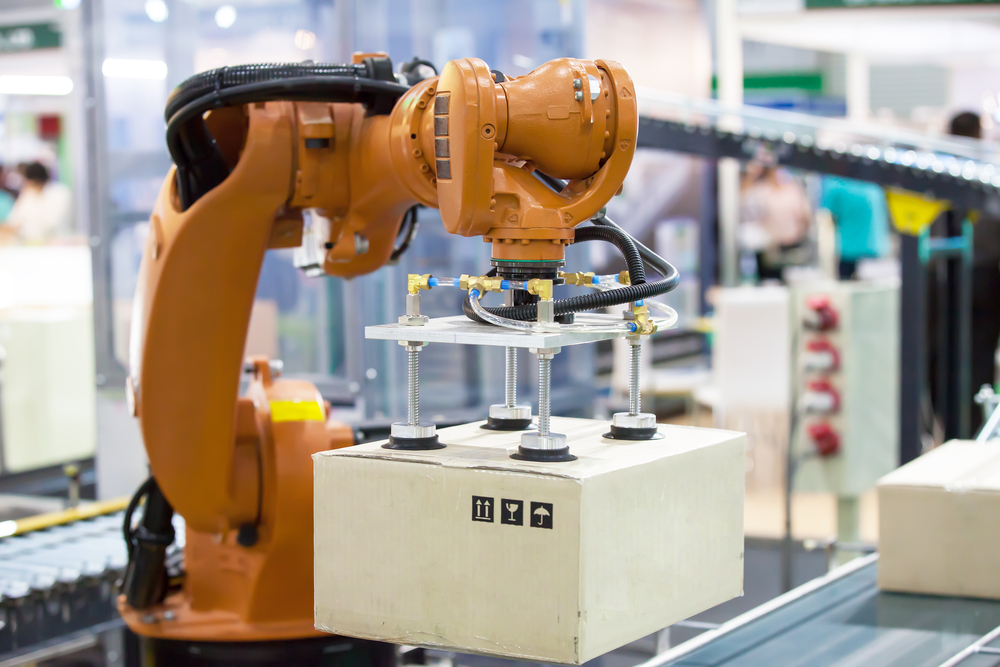 The word ‘warehouse’ conjures up images of brick-built monoliths, full of workers, operating machines, collecting stock and manning conveyor belts. Indeed, both modern and old warehouses are hives of activity, but the differences between the former and latter are enormous. Technology in this sector continues to advance in leaps and bounds, and that can only mean good things for warehouse operators and business owners alike.

Is your warehouse ready to embrace technology, and become one of the leading operations of its kind?

With this in mind, it would be prudent to look at how technology is leading to a more automated warehouse. We’ll examine what warehouse automation is, how supply chains operate within them and how automated warehouses could be the future of multiple industries in the years ahead.

Is your warehouse ready to embrace technology, and become one of the leading operations of its kind?

What is warehouse automation?

In short, an automated warehouse is one where some, or all of the processes are fully automatic.

Here’s an example: try to imagine a warehouse full of groceries, just like a supermarket, only, minus the humans. You can see the fruit aisle, the biscuits, crisps, cereals and cottage cheese. It’s all there. However, rather than living, breathing shoppers (and shop employees) going about their daily tasks – there is an army of robots.

Now, these robots aren’t like the formidable, shape-shifting T-1000 from ‘Terminator 2: Judgement Day’, but they’re are just as effective at what they do. The robots have three distinct jobs – ‘moving’, ‘sorting’, and ‘lifting’. These robots are essentially programmed to collect customer orders, package them, and get them ready for delivery.

In the not too distant past, such a job was the sole preserve of humans, even during the dawn of the internet shopping age. However, the machines are there to complete this task more efficiently than any human ever could, and more cheaply, too.

That’s just one example of an automated warehouse, but it’s not the only one. To some, a future workforce dominated by machines is a scary thought, but it’s one which we’re going to have to get used to. In a report released by McKinsey Global Institute, approximately 375 million roles currently filled by humans will be completely automated by 2030.

However, a report produced by Monteage Technologies found that a huge 90 per cent of warehouses around the world are still fully manual, or have only a few automated operations in their set-up. So, even as there is still some way to go, warehouses, no matter which industry they lie in, will almost certainly be part of the automation revolution. It’s happening already.

Approximately 375 million roles currently filled by humans will be completely automated by 2030.

What are the basics of warehouse automation?

The supermarket robot scene described above is, on the face of it, a pretty advanced notion of what an automated warehouse looks like. However, the bare bones of such a facility are actually pretty simple. We’ve already talked about how those shopping robots only need to move, sort and pick products, and that’s typical of what human warehouse workers are already doing. Any warehouse employee will tell you that their job is repetitive and process-driven, but also with a fair margin for making mistakes – label-reading errors, documentation discrepancies, and the like.

Additionally, in a piece appearing in Sure Controls Inc., it was discovered that in the vehicle-building sector, a human fitting pistons into an engine will make an error around 1 to 1.5 per cent of the time. Replace that person with automated machinery, however, and the number falls to a negligible 0.00001 per cent

It’s possible to automate a raft of manual tasks, at the same time eliminating mistakes made by fatigued humans. Let’s take a look at a few basics of warehouse automation:

Warehouses are reliant on accurate documentation to track items coming in and moving out of premises, make precise stock takes and keep a record of where products are stored. Barcodes can be utilised so that assets and stock can be correctly identified, and with the right hardware in place – robotic scanners – errors can be largely eradicated. Movement of stock can be monumentally sped up, too.

Of course, until we reach a stage where warehouses need no human intervention at all, barcode stickers and the like will still need to be printed off and affixed to products. This is where mobile printing technology comes in – warehouse employees are able to use these portable printers anywhere within the facility, helping to ensure that the correct labels are on the corresponding products, each and every time.

According to Hokey Min, writing in his book ‘The Essentials of Supply Chain Management’, retail inventory taking is accurate just 63 per cent of the time. That’s an awful lot of inaccurate stock takes, but it’s understandable – even the most switched-on, engaged human is liable to make mistakes. Perhaps he or she has reached the end of a 12-hour shift and is mentally fatigued – and entry, transcription and other inventory processes may be filled out incorrectly.

Machines do not get tired, and rarely make mistakes. With a fully implemented inventory automation system in place, errors will be minimised and processes sped up.

An absolute mainstay of the warehouse scene, forklifts have long been used to transport all manner of products throughout a facility. However, forklifts need a human driver – otherwise, they wouldn’t ‘know’ where to go, what to pick up, and where to deliver it, but an automated one would. Known as automatically guided vehicles (AGVs), these forklifts don’t need a licensed human behind the wheel – rather, they can be programmed to follow predetermined paths, picking up and unloading boxes, pallets and other warehouse items as they do.

With AGVs, there’s no need to completely redesign an existing warehouse to accommodate the technology (as may be the case with other advances) – they can work with pretty much any floor layout, as long as they’re programmed correctly. In an article appearing in Cam Code, it’s stated that bringing in automated transport is not an ‘all-or-nothing’ venture when it comes to cost, either. That’s because machines can be added as and when needed, incrementally taking over human labour as time goes on. What’s more, warehouse operators don’t even have to fully commit to buying automated transport – oftentimes, they can be rented out in a ‘try before you buy’ scheme.

As warehouses modernise, it’s apparent that they’re moreso becoming manufacturing plants than glorified storage sheds. Presently, automated warehouses are focused on becoming faster and more efficient at packing, lifting and moving as described in the example above, but as we progress, automated machines will be able to build, create and fix.

On this, automated warehouses are more flexible than their older counterparts as future technology comes further into the fold. We’re talking about a concept known as ‘elastic logistics’ here – a relatively new idea based around modern supply chain management. The basic ethos behind elastic logistics revolves around a supply chain that can shrink and grow according to demand.

The basic ethos behind ‘elastic logistics’ revolves around a supply chain that can shrink and grow according to demand.

In your automated warehouse, imagine a team of robots, fully connected to the internet. They’ll understand, instantly, when demand for a certain product has dropped off or is peaking – you’ll have no need to inform each section of your supply chain of the new figures.

Online retail demand is only going to continue growing. According to figures released by the Australian Bureau of Statistics, of the 2.6 per cent growth in retail sales in the 12 months leading up to June 2018, a whopping 60 per cent came from online retailers. This is bound to have put heavier demand on warehouses up and down the country, so it’s pretty obvious that warehouse managers need to keep labour as efficient as possible. Automation can help here – robots don’t need to be paid, take breaks (save for a little maintenance every now and then!) or to take annual leave. Indeed, they can feasibly keep working for 24 hours a day, seven days a week if need be – they’ll work as and when required, and no questions asked.

Sizing up the cost of an automated warehouse

Automated warehouses are still a work-in-progress across much of the sector, but you can still lay the foundations for a warehouse of the future at your facility. Whether you choose to invest in AGVs, robotic arms or simple automatic vacuum cleaners, you have a wealth of options at your disposal. It’s true that initial investments into this technology aren’t exactly cheap, especially at the install and integration phase. However, automating over the long run is bound to pay off dividends, as your machines quickly and efficiently complete tasks that were slower, more error-prone and wage-heavy in the past.

Automation is here but it cannot replace human intuition, organisation and complex decision making in logistics and supply chain management. To help reduce the gap, let Brother’s range of barcode labelling and mobile printing solutions help you towards the future.

Get in touch Solutions for Whoelsale Trade

A guide to printing anywhere

The business benefits of asset tagging in your warehouse

The journey of an asset tag

Activity based working: What it means and how to implement it

Factors that improve customer service in the hospitality industry

Customer is king for wholesalers too